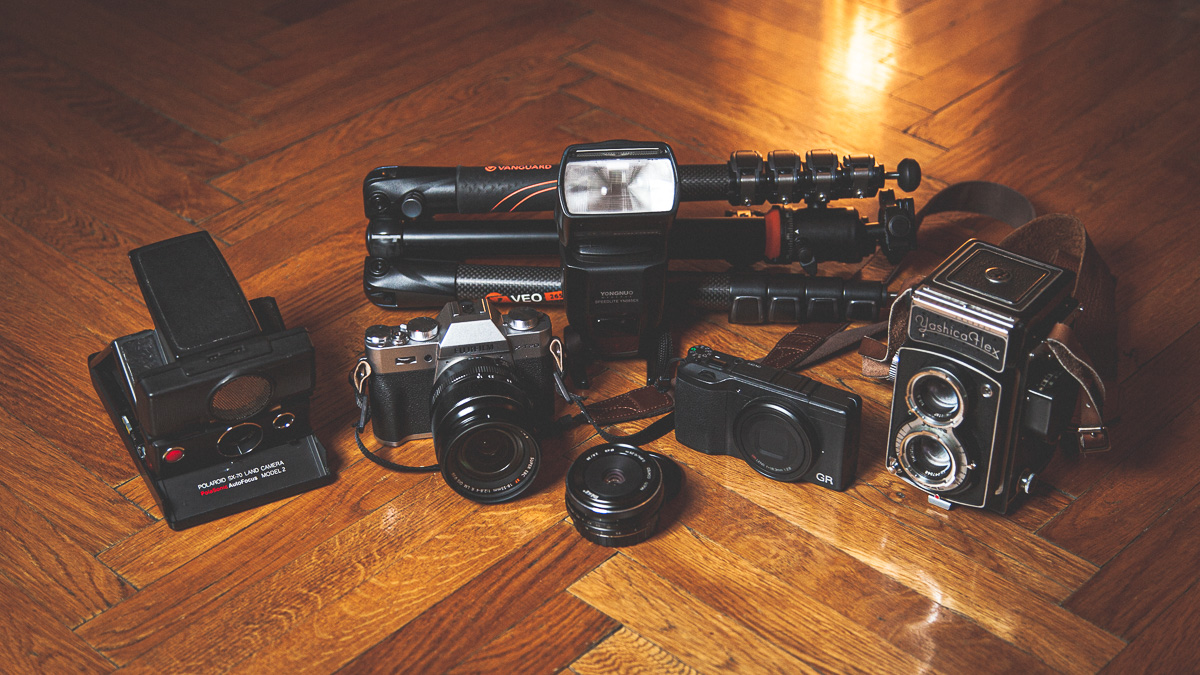 Like most photographers, we are gearheads. Like most experienced photographers, we have found the things that work for us. That doesn’t mean we won’t try out other things, it just means that we know which tools we need for our work.

First off, cameras. Cliff almost exclusively shoots Canon and is extremely happy with the performance of his 5D Mark IV: “Canon is very reliable; although my cameras take a lot of abuse, I’ve never been let down by these workhorses. Also, over the years the controls have become second nature, so I don’t need to stop and look for settings.”

Dylan is also a Canonista, and continues to rely on his trusted old 5D MKii: “So far, I haven’t felt the need to upgrade. Although many things about the MKii drive me nuts, I can always rely on the camera to deliver exactly what I want.”

Having said that, Dylan carries both the Ricoh GR II and the Fuji XT-20 with him, depending on the situation. “The Ricoh GR II is the best of both worlds – a decent APS-C chip in a compact, unassuming camera – with an almost infinite number of possibilities if you like shooting 28mm. And I am still not entirely sold on mirrorless, but there is no doubt there are definite advantages.”

When travelling, one of the most common questions is: tripod or not? Most of the time, given the modern high ISO capabilities, the answer is no. And yet, many photos benefit from a longer exposure and a lower ISO. Cliff prefers his trusted Manfrotto tripod: “I used to hate working with tripods. Getting a Manfrotto changed all that: it is easy to use and amazingly stable in any situation.”

Dylan frequently carries JOBYs with him, but the go-to travel tripod comes from VANGUARD: “I discovered the VANGUARD brand a few years ago when my old tripod fell apart in the wilds of New Zealand. Light, sturdy, and ingeniously designed – it would take a lot to separate me from Vanguard tripods now.”

Finally, flashes. Both Dylan and Cliff use native Canon flashes for Speedlite studio and location shooting. In addition, Cliff uses Hensel flashes for his studio work: “In the studio I need consistency, reliability and versatility. Hensel has not disappointed in any of these respects.” Both Cliff and Dylan have had very good experiences with Yongnuo flashes and wireless triggers across a range of systems. In fact, Dylan recently hooked up a Canon Speedlite to a 1956 Yashicaflex S medium-format camera using Yongnuo triggers.

X
Get in touch

Send us a message & we will be in touch